This story is part of a series spotlighting LGBTQ creatives — from art directors to glam squads — who help bring your favorite artists’ visions to life.

Behind the relentlessly positive, super-size vision that has transformed Lizzo into a global icon lies a team of queer creatives — creative director Quinn Wilson, makeup artist Alexx Mayo and costume designer Marko Monroe — who have helped amplify the message that your greatest asset is your own authentic self. In their own words, the trio, along with allies and colleagues Shelby Swain (hair) and Eri Ishizu (nails), walk Billboard through their artistic journeys and proudest collaborative achievements. 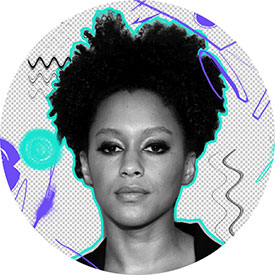 Quinn Wilson, creative director: I met Lizzo when I was a freshman in college [at the Minneapolis College of Art and Design]. She and [Lizzo’s longtime DJ] Sophia Eris were crossing the street in Minneapolis, and I stopped my car to let them cross and waved. A couple days later, Sophia came up to me in a store, and we hit it off. She and Lizzo were in a band at the time, and I was a makeup artist. Anytime they had a show, I did their makeup. The control freak that I am, it just expanded into the entire project. Things really developed when Lizzo went solo. She had needs for videos, for album covers, and I had access to equipment at school. I was like, “Let me use this shit!” Without knowing it, I was creative directing. 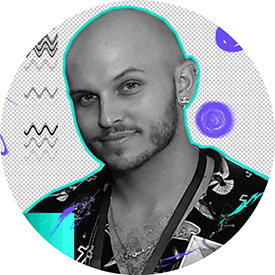 Marko Monroe, costume designer/stylist: In Arkansas, where I grew up, me and my boyfriend started a queer house, the House of Avalon. It became this place for our imagination to take fruition. The philosophy is: Don’t take things too seriously, have fun, be comfortable with who you are. It’s how I approach clothing with Lizzo. When I moved to L.A., my friend Seth Pratt was best friends with Brooke Candy, who was styling Lizzo’s “Water Me” video. They needed help finishing a few looks, so he recommended me. When Lizzo went on tour with Haim, Brooke asked me to make some stagewear. I came up with this idea of Shania Twain but sexy. I did all leopard print: chaps, bra-panty set, brimmed hat. That really solidified the deal. 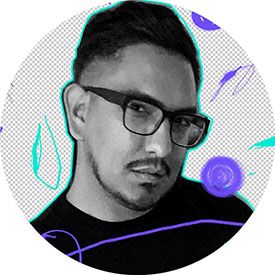 Alexx Mayo, makeup artist: Lizzo was working on the “Truth Hurts” and “Water Me” videos back-to-back, and there was a makeup artist who wasn’t able to be there. Her assistant, whom I’d met through work with another celebrity, texted me. The first thing Lizzo asked was what my sign was. I told her I was a Taurus, and she was like, “Oh my God, me too!” We had this instant connection. 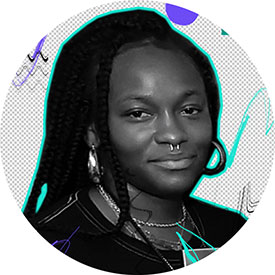 Shelby Swain, hair stylist: I was hired to do the dancers’ hair at the “Good As Hell” shoot, but the director needed me to jump into the video and pretend to be her hairstylist. So I did, but I never told her anything about myself. At the time, I had just done Zendaya’s dreads at the Oscars and Quinn had been following me. A few months later, she hired me to do Lizzo’s hair, and it’s crazy, because Lizzo didn’t know I did hair. My sister is a baker, and I help her with [deliveries], so when I went to set, Lizzo was like, “Why is Shelby here? She got some cake?” And I was like, “Girl, I’m here to do your hair!” 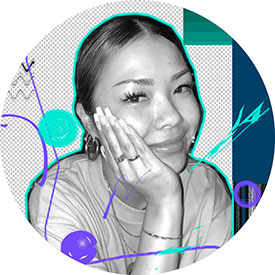 Eri Ishizu, nail artist: Our journey really started with the Met Gala last year. I had worked with Lizzo a year earlier, but the metallic pink manicure is really when we understood each other. As a team, we’ve had to learn a lot. There were moments when I was like, “Oh my God, what did I do?!” But she believes things happen for a reason. There’s never been a time when we’re not having fun.

Wilson: Lizzo is the vehicle and the vessel. But she needs all of us: myself, our stylist, our hairstylist, makeup artist, choreographer, dancers. We’re all mirrors reflecting her light, making that light bigger.

Mayo: When I hear Lizzo’s music, I see color, and we’ve literally played with every shade in the rainbow. A lot of the time, she doesn’t get ready in front of a mirror. She has no idea what she looks like, which puts so much trust in me. I’ve gotten to show my most creative side with her. It’s playtime.

Monroe: The BET Awards red carpet [in 2019] was one of those moments where we were having fun. I told Lizzo I found the wood-grain dress, and she was like, “What if I had wood-grain nails?” Great. [I asked,] “What if you had wood-grain boots?” Shelby was like: “Could we do hair?” We were all screaming.

Swain: All this wood grain? I couldn’t be the only one missing out! So my crazy ass decided to come up with wood-grain hair. It was hot as hell that day, and we were painting this hair piece an hour before Lizzo went on the carpet. It ended up matching everything perfectly! Then we get to the carpet, and everybody’s like, “We love your hat!”

Wilson: The performance [that night] gave us permission to do whatever the fuck we wanted — permission to be like, “Let’s have a big fat-ass onstage [at the MTV Video Music Awards].” The VMAs gave me confidence, but we wouldn’t have been able to do that if I hadn’t said to BET, “I don’t care if it costs $20,000. We’re making a giant cake.”

Monroe: When we were in the beginning conversations, I was like: “Let’s pull the iconic book out.” We looked at Madonna’s [1984 MTV performance of “Like a Virgin”] as a reference. I thought, “What if we made it urban wear, but wedding?” Lots of tulle and lace but on hoodies.

Mayo: I thought: “What would you look like if you were the most glamorous bride?” I wanted eyelids that had depth on the outside, so when she closed her eyes you got this sense of, “Ooooooh, sparkly.”

Monroe: I have an affinity for miniature things: Whenever I’d see something tiny, I’d send it to Lizzo as an inside joke. Obvious Plant had posted a tiny Valentino bag, and I wanted to get it for her birthday. Valentino’s creative director owned the only three in existence and okayed gifting it to her. When it finally came in, we were gagging. I looked over at Lizzo like, “Wouldn’t it be hilarious if you wore this on a carpet?” So I asked Valentino if they would be interested in a dress for the AMAs carpet [that November] with the bag.

Mayo: When Valentino sent a swatch of the fabric, I immediately thought: dreamsicle, sorbet. I wanted to play with color, but in a soft way. It was really about the skin.

Ishizu: Lizzo made herself a nail queen after this bubble-nail look. I went to Lizzo’s the night before [to do the nails]. We were hanging out, eating burgers. Her mom was there, too. It took a good three or four hours to complete.

Wilson: The Grammys [in January] were our Olympics. Lizzo gave me the parameters — an orchestra with all black women, black plus-size ballerinas — everything else, I could figure out. A lot of the work that we do is based on light. I had been doing all these pinks and purples and ambers. For this, I thought about bioluminescence, jellyfish, the Day-Glo vibe. I’m not religious, but Lizzo is, and that’s a theme we connect on: The essence of light.

Swain: With Lizzo, we’re all allowed to bring in our own ideas. Some clients will tell you what they want, and that’s cool, but it’s like: Where’s the bigger statement? Lizzo lets everybody speak, and she listens!

Monroe: Lizzo knew I wasn’t a stylist [at the time], but she had belief in my creativity, belief in Quinn and me. Even though we didn’t have the experience, she fought to keep us in our roles and allow us to grow. That is a huge testament to who she is as a person.

Ishizu: When I started working with Lizzo, I was going through a breakup. Her uplifting energy and the message she wants to send — it meant so much to me.

Wilson: Lizzo has known me when I haven’t exclusively dated women. She’s known who I was more than I’ve known myself. There was a Vogue project I did on Instagram where I believe I explicitly came out, but Lizzo was like, “Duh, bitch. You been gay. We’ve known.” Because of that, [our team] feels like home.

Mayo: She is changing the world and how people see themselves. One of the most amazing things I saw [on tour] was a little boy who was there with his dad. He had on full glitter and a feather boa. I was immediately brought to tears. I was like, “This little boy is experiencing acceptance.” Having that sense of pride within himself — it’s what gives you the support to do great things.

Previous articleBefore You Watch ‘Hamilton’ on Disney+, First Catch Up on 10 Chart & Award Records the Show Has Set
Next articleSia Is Not Just a Mom: ‘I’m a F–king Grandma!’

Robert Randolph, Nile Rodgers and More Kick Off Inaugural Juneteenth Unityfest: ‘We Finally Have Our Own Day’

In honor of Sir Paul McCartney’s birthday (June 18), Billboard looks back at his top 40 biggest songs on the Billboard Hot 100 as a solo artist and with his band...
Read more
Uncategorized

Sheerios now have another bite of Ed Sheeran’s “Bad Habits.” The British singing star’s new single isn’t due to drop for another week, but we...
Read more

In honor of Sir Paul McCartney’s birthday (June 18), Billboard looks back at his top 40 biggest songs on the Billboard Hot 100 as a solo artist and with his band...
Read more

Robert Randolph, Nile Rodgers and More Kick Off Inaugural Juneteenth Unityfest: ‘We Finally Have Our Own Day’

Sheerios now have another bite of Ed Sheeran’s “Bad Habits.” The British singing star’s new single isn’t due to drop for another week, but we...
Read more

Olivia Rodrigo makes it a full month at No. 1 on Australia’s two main charts. The U.S. teen phenomenon clocks up a fourth consecutive chart...
Read more

A coffee break in the United States and elsewhere is a short rest period granted to employees in business and industry. An afternoon coffee break, or afternoon tea, often occurs as well.

It’s a good week to be BTS! After unleashing their Be album, the group earned another No. 1 on the Billboard 200 chart, as...
Read more
Uncategorized

Summer Walker is on peak form. In July, the Atlanta, Georgia singer and songwriter scored her second No. 1 on Billboard’s Top R&B Albums...
Read more